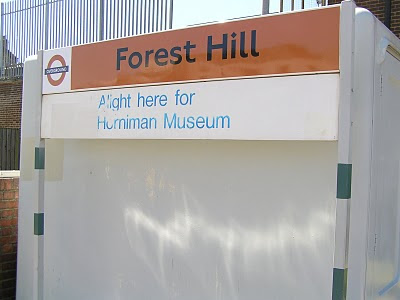 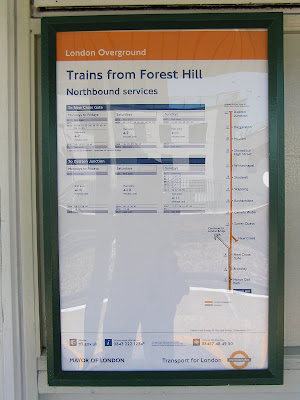 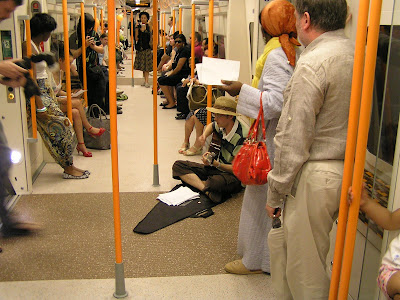 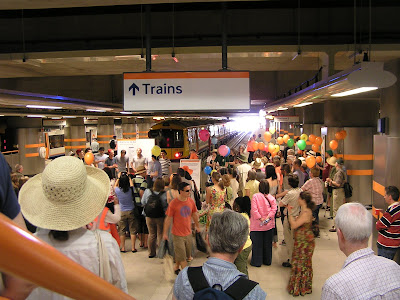 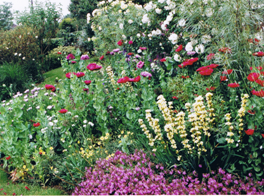 A group of five very different gardens will be open to the public under the National Garden Scheme, to raise money for cancer, caring, and gardening charities. The gardens are within a few minutes walk of each other.

Opening times and combined admission: Sat 29 May, (5-9pm) £6.50 with glass of wine. Sun 30 May (1:30-6pm) £5. Free for accompanied children. By a ticket on the Green at the junction of Horniman Drive and Liphook Crescent.
Refreshment: Homemade tea and cakes on Sunday. Plants for sale on both days.
NB. Sorry, wheelchair access not possible. Well- trained dogs on leads welcome.

Coach House, 3 The Hermitage.
Mature courtyard and roof garden crammed full of unusual plants and the artist's ceramics and sculptures. The aim is a wildlife garden of interest and productivity twelve months of the year. Water features, decorative plants and vegetables in containers large and small. Art work for sale, pottery demonstrations.

27 Horniman Drive
Traditional planting in a re-designed contemporary setting to complement modern extension and emphasise long-reaching views to North Downs. Below and beyond there is a potager-style vegetable haven. Small, low maintenance, north-facing front garden with shrubs creating a tapestry of green. 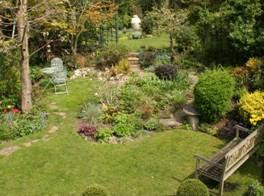 53 Ringmore Rise
Corner plot with spectacular views over London. Front garden inspired by Beth Chatto's dry garden, with stunning borders in soft mauves, yellows and white. Mature rear garden is on three levels, with themed beds of herbaceous plants and shrubs, some shady, others sunny. Large pond, terraces and pergola.
at Wednesday, May 19, 2010 No comments:

Lewisham's Environment and Community Development team are organising a series of clean up sessions in the area as part of the London-wide Capital Clean-Up campaign.

The Capital Clean-Up Campaign aims to make London a cleaner, safer, greener capital fit to host the Olympics in 2012 and is supported by Keep Britain Tidy, 31 London boroughs, McDonald’s and sponsors Enterprise.

Previous campaigns saw Londoners initiating and taking part in clean-up activities including Thames riverbank and canal clean-ups, litter picks and graffiti removal. Over the past two years, the campaign has coordinated over 500 clean-up events. This year’s Capital Clean-Up will take place between 12 May and 23 June. Over the six-week clean up period, people from across the capital will be involved in making London a place to be proud of.

The clean-up involves removing overgrown vegetation and weeds, cleaning off graffiti (where possible), removing flyposters and clearing and sweeping litter. Lewisham council will provide necessary PPE such as hi-viz jackets and gloves but please bring your own sturdy boots and old clothes. The following local clean up sessions are planned

If you would like to help or require any further details please contact Colin Sandiford by email or using the information below.

It's that time of year again when all those gardeners who failed to plant their seeds in time can buy ready grown plants from the Friends of the Horniman and .

Sydenham Garden, an award-winning community garden on your doorstep, and are launching a new garden stall! The stall will be open every Wednesday from 19th May 2010 until the end of September. All proceeds from stall sales will go to the charity to support their work in the community.

Why not pop down, spend some time enjoying their garden oasis and pick up something fabulous at the same time! They will be selling

The entrance to the garden and stall is via a wooden gate in Holland Drive, SE23. A map is available on their website.

Sydenham Garden and Ponte Nuovo (in Crystal Palace) would like to invite you to join them for an evening of fine dining, entertainment and great company on 16 June 2010 at 7.30pm

You'll meet lots of interesting new people, including many of their regular supporters, volunteers and staff. You'll also get to enjoy Ponte Nuovo's wonderful culinary delights in a spacious, modern Italian restaurant.

Tickets are available in advance at £25 each. The ticket price includes a fabulous two-course meal and a complimentary glass of wine. All proceeds raised on the night will go directly to supporting the charity's work.

They are busy planning some fun activities for the evening, so do make sure you book your ticket in advance as places are limited (only 100 tickets available). Book your ticket via the Sydenham Garden website 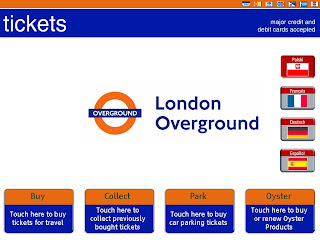 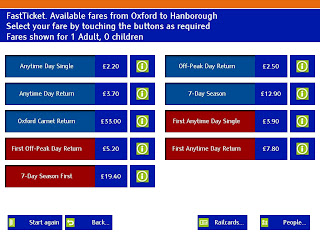 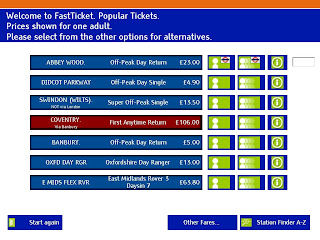 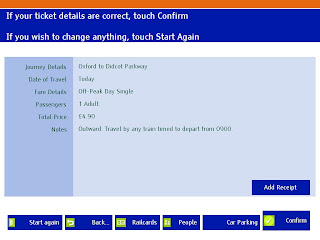 GENERAL MEETING
Forest Hill Society’s next General Meeting will be on Thursday June 10th at the Hob, opposite Forest Hill Station. We’ll be getting an update from the Horniman Museum on their plans for the gardens then we’ll move on to Society business and an informal discussion of the key issues facing SE23. We look forward to seeing many of you there.


FOREST HILL STATION
Following the cosmetic upgrading of Forest Hill Station, the Society initiated contact between the station’s Delivery Manager, Alan Jessop-Peacock, and Shannon’s Garden Centre with a view to removing the plastic flowers and greening up the station. It has now been agreed that Shannon’s will plant up and maintain tubs of real plants on the platforms, once the station has supplied the containers. Meanwhile, the tubs either side of the station’s main entrance will be given new plants donated by Shannon’s. We hope the floral results will put a smile on your faces as you run for your trains.

EAST LONDON LINE
Trains start running on Sunday, May 23rd. There is a rumour (from TfL) that they will be giving away 10,000 free tickets on a first come/first served basis. If these plans go ahead, the tickets will be distributed across the ELL stations according to “ridership patterns.” Those with Annual/Monthly/Weekly travel cards will be able to collect a souvenir ticket, rather than a free ticket.

23 CLUB DOES THE EAST LONDON LINE
If you’d like to celebrate the ELL’s first operating day, then do join the 23 Club on Sunday, May 23rd as we ride the rails.

The plan is to meet on Platform One at 14:00 and catch the 14:11 from Forest Hill Station with Sydenham Society, enjoying their theatre performance on the way. They will be going to Dalston and back. But the 23 Club would like to recommend getting off at Hoxton Station at 14:36 for a visit to the fabulous Geffrye Museum (www.geffrye-museum.org.uk). Opening hours on Sundays & Bank Holiday Mondays are 12 - 5pm. Admission to the museum's eleven period rooms, special exhibitions and herb and period gardens is free. The restored historic almshouse, in the south wing of the museum buildings, will not be open.
at Wednesday, May 12, 2010 No comments:

The planning application for the new pool can now be found on the Lewisham Council Website.
at Wednesday, May 12, 2010 No comments:

A total of over 20 local artists, including the Havelock Walk community, will be exhibiting their wares as part of the Dulwich Festival's Artists' Open House event starting today. The exhibits will be open from 11am-6pm on Saturday & Sunday 8-9 May and 15-16 May 2010. Some venues are only open on the first weekend and these are shown in green on the map below.
Click on a pin for details of the Artist and their work.

The Dulwich Festival runs from 7-16 May and consists of walks, concerts, films, exhibitions and dancing. Full details can be found on their website DulwichFestival.co.uk

May Day at Albion Millennium Green