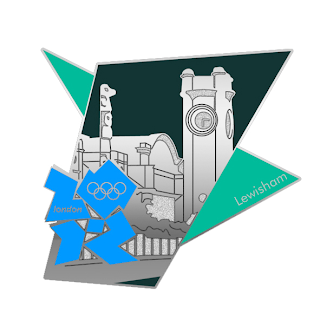 The London Organising Committee of the Olympic Games and Paralympic Games (LOCOG) have revealed the designs of the ‘Landmark London’ pin badges which will go on sale later this month. Each of the landmarks has now been re-created into a metal pin badge incorporating the London 2012 logo.

In September 2009 LOCOG and London Councils launched the ‘Landmark London’ competition in which Londoners were invited to vote for the most iconic landmark in their borough that they would most like to see featured in an individual pin badge. Winning landmarks range from visitor attractions, theatres and museums to windmills, clock towers and bridges. Residents of Lewisham voted for the Horniman Museum, beating the Lewisham Clock Tower, Laban College and Catford Cat.

Sebastian Coe, Chairman of LOCOG presented each London Borough Leader with the first pin badge produced for their borough at a London Councils Leaders’ Committee and said “London is a fantastically diverse city and the variety of landmarks chosen by Londoners to represent their local areas highlights this perfectly. These pin badges are a fantastic way to showcase to the UK and the rest of the world what a wonderful city London is and I am delighted to see how proud people are of their city and specific borough. I hope they will wear their pin badges with pride.”

The Landmark London pin badges will be available for wider sale across London in the coming weeks from Runner’s Need, Crest of London, World Duty Free and the Museum of London.