Dates for Your Diary

The Forest Hill Society object to this proposal because it involves the demolition and replacement of an important building within the group of Christmas houses on Gaynesford Road, Sunderland Road and Perry Vale in Forest Hill.  In its own right this house an important non-designated heritage asset.  It is also a key building within the wider group of Christmas Houses on the corner of Sunderland Road and Gaynesford Road.

The Christmas houses were built by E.C. Christmas (Ted) who was a Forest Hill carpenter, sanitary engineer and builder, who in 1901 started building houses in the Arts and Crafts style between Perry Vale and South Road.  These houses have largely been well maintained and retained their exterior appearance.  They form a notable group of local historical significance.

There have been previous discussions with the Local Planning Authority about designating the Christmas Houses as a Conservation Area.  We believe the group of buildings would justify this status because of its special architectural and heritage interest.   The group of Christmas houses is currently remarkably consistent and complete.  The demolition of this house and its replacement as proposed would not only be the loss of a heritage asset in itself it would also negatively impact on the character and appearance of the wider group of Christmas Houses.

Further to our objection to the loss of the house we also object to the replacement building and the way that it is inappropriate to the site in both scale, design, building lines and built form.  The proposed units also have poor access arrangements with convoluted routes to front doors.

This proposal is contrary to the paragraph 58 of the NPPF in terms of its negative impact on local character and history.  The proposal is contrary to Lewisham’s DM Policy 38 which directs that proposals for demolition of heritage assets will be refused unless it can be demonstrated that these are necessary to achieve substantial public benefits that outweigh the harm or loss.  No case for any public benefit of this proposal is put forward in this application.
at Wednesday, February 15, 2017 No comments: 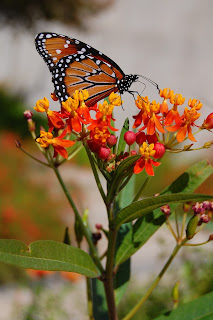 The Horniman Museum and Gardens will open a Butterfly House in summer 2017, it announced today, following a successful planning application to Lewisham Council.

The new attraction will offer visitors an immersive experience, in a specially-planted indoor garden that will be home to a colourful range of free-flying, exotic butterfly species. The Butterfly House complements the Horniman’s current Living Collections, including alpacas, jellyfish and bees in its Animal Walk, Aquarium and Nature Base.

Victoria Pinnington, Director of Communications and Income Generation at the Horniman, says: ‘We’re thrilled to receive planning permission to create this wonderful new experience for our visitors. Butterflies are beautiful and fascinating creatures which play an important role in ecosystems around the world, and we can’t wait for our visitors to enjoy and learn about them close up. The Butterfly House will be an additional attraction in an underused part of the Gardens, making a day at the Horniman even more memorable.’

Work will begin with the demolition of an existing, unused building to make way for the glasshouse and surrounding landscaping. Tickets to the Butterfly House will go on sale later in the year, in advance of the summer opening. Horniman Members will enjoy free, unlimited visits.

See www.horniman.ac.uk for more information.
at Thursday, February 09, 2017 No comments: