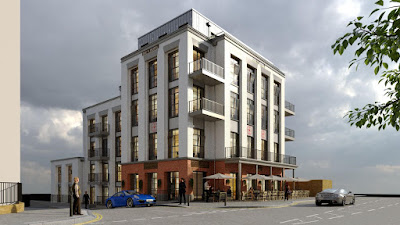 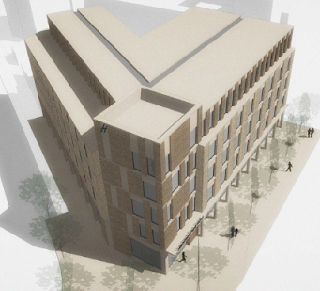 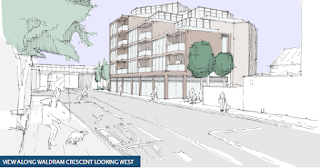 I was told by people close to coop that the lease was up, and the owner of the land did not want to rent it out to a supermarket, but make big money with flats or hotel.
When you google search the owners name, you find public requests for info on sites to build flats as an investment. Perhaps because of the old petrol tanks on the site, this space can’t be developed as homes?
As a very local resident, the idea of no parking, for the hotel or the proposed shop on ground floor is very worrying. There are often no free spaces round this area now within 6 streets! Especially if there’s an event at JK Banquets.
The coop is busy all day, and really busy in the evenings! What a shame we will loose it!

"in principle". At first look the mere idea of a hotel on this site seems like a very bad idea. I'd be interested to understand the expected demand for hotel rooms although I assume it would be for access to central London rather than access to the East. The problem with a hotel is that should it prove unprofitable then it's fixed in terms of usage. As to car parking with contamination underneath there could be no car parking which would entail the council stepping in to regulate parking in the nearby area. It feels like this is a poorly thought through development which is unsympathetic to the real needs of the community.