15 Years of a Growing Community 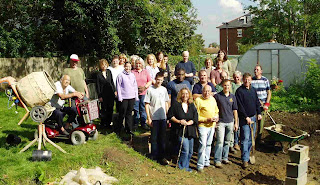 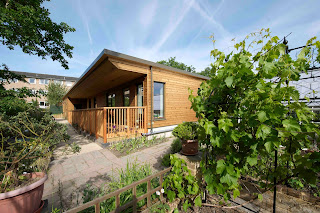 By Jim Sikorski, Founder and Chair of Sydenham Garden

Sydenham Garden, 28a Wynell Road (located off Mayow Road), comprises a community garden, nature reserve and resource centre. It promotes the physical and mental well-being of Lewisham residents — especially those in the early stages of dementia — primarily through horticultural and arts and crafts activities.    www.sydenhamgarden.org.uk

The meeting was very well attended — with around 40 people, if I remember correctly. The year was 2002 and the venue was Sydenham Green Health Centre. The purpose was to discuss forming an association to provide gardening and creative activities for local people coping with serious illness. We were addressed by Tijno Voors — the wise and experienced director of the Blackthorn Garden in Maidstone, which to this day remains a wonderful example of how such a project can develop. The meeting was followed by a group visit to the Blackthorn Trust and then the formation of the first Sydenham Garden committee.

The committee began meeting regularly at the Health Centre, and soon a weekly Art and Craft group started helping our first ‘co-workers’ (the name we have always given to our beneficiaries) who had been referred by members of the centre’s practice team. The search for a piece of land on which to use gardening in the same way was not easy, but we were enthusiastically supported by Lewisham Council and were granted a lease on the Queenswood Road Nature Reserve. The lease came with the main proviso that we continue to manage three quarters of the land as a nature reserve, and utilise the remainder for horticulture and built structures. A huge effort was then begun by a large number of faithful volunteers to clear the site in preparation for use by our first co-workers.

Sydenham Garden was formally constituted as a charity in 2005 and, with the appointment of Nick Fry as Garden Manager in the same year, we began welcoming our first co-workers to the garden. For several years we operated with only a Portakabin and used gazebos for shelter, but we then received Heritage Lottery funding to rebuild a Victorian greenhouse on the site in 2010. After seven years of patient fundraising, our wonderful sustainably-built Resource Centre was completed.