The last few months have seen a lot of new planning applications around Forest Hill, some that may be considered good, and some bad.
The former post office on Dartmouth Road has been given approval for conversion to a restaurant/bar by Antic, the owners of Jam Circus and the East Dulwich Tavern. The flats above will get a face lift and an additional floor. Whilst the Society expressed concern about the additional floor, we believe that the overall changes are very positive. The Perry Vale fire station, (see below), a listed building, had an application rejected despite Council officer recommendation. Lewisham’s planning committee agreed with us that some affordable housing should be provided on a development of this size.
St. John's Church on David’s Road had massive signs, and a concreted over garden. The Council deemed this not in keeping with the conservation area and the signs were removed. A suitable way forward for the garden area and footpath between David and Devonshire Roads is now being discussed. 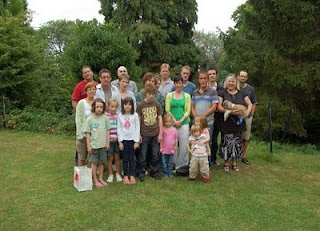 A planning report would not be complete without mention of the Tyson Road development. The landscaping plans have been approved and building can now commence. Local residents had provided videos of bats in the gardens, but the Council’s ecologist said there was no evidence they were in the trees due to be removed.
at Tuesday, March 22, 2011