There has been a fabulous project running at Brent Knoll School on Perry Rise called “Positivity Rocks”.

Pupils at the school have been creating many different artwork projects to raise awareness of the issues of Covid-19 amongst the school community and to help the local community stay safe, keep well and support our key workers.

As part of the curriculum, pupils have created posters to reinforce the hand-washing message and posters thanking key workers for their hard work and commitment. These posters don’t just adorn the school’s walls; they are put outside the school on the fence for the general public to take away and display them to spread these important messages to all. Quite sensibly, the posters are put outside with an explanation letting people know when they were created and the time to wait before taking them away, which again reminds us all how to keep safe. They certainly have brightened up the neighbourhood.

Then the positivity rocks appeared!

In the same vein as the posters, beautifully painted stones then appeared outside the school for people to take away. The stones were simple pebbles painted with images and patterns of the pupils’ own designs. The idea was that the stones would be picked up by locals who would be passing by, and then travel away from the school, and for the pupils to then find out just how far they had travelled. The coordinator of this project at the school said that, as part of the project, the pupils were using their geography lessons to map out where their rocks had been taken.

People who did let the school know where the rocks ended up got a lovely response back from the school ― here’s the response I received:

“That's absolutely amazing, thank you. This rock was painted by one of our Year 11 pupils, whose mum is a front-line worker in Lewisham Hospital. We think that her choice of rocks shows her personality.

We will share this with the children tomorrow, they will be very happy.”

We hope you agree that this project really brought the school and the local community together in a very positive way, as well as making passers-by smile and feel positive! 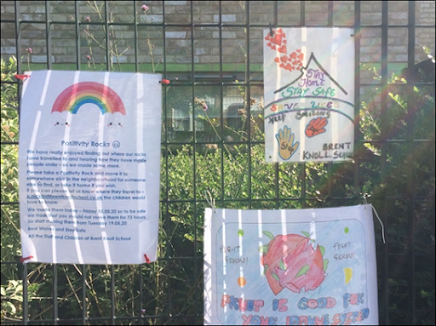 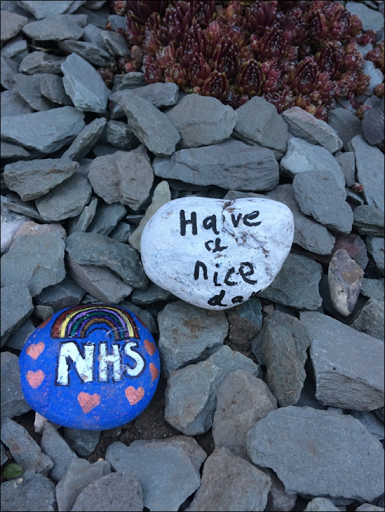 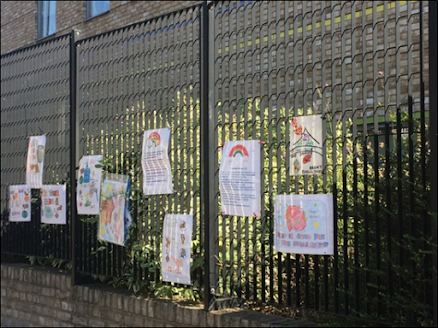