The singer Millie Small, who died aged 73 in May, may be one of the more surprising musical connections to Forest Hill.

Born in Jamaica, the daughter of a sugar plantation manager, Millie arrived in London aged just 17, having been spotted by Chris Blackwell, the music producer and founder of Island Records. Blackwell brought Millie to Forest Hill, where she took dancing and elocution lessons, and recorded her best-known song, My Boy Lollipop, which reached No. 2 in the UK Singles Chart in 1964.

Originally recorded by The Cadillacs in 1956, Millie’s version was arguably the first international hit with the distinctive rhythm of Jamaican ska music, influencing a generation of musicians and leading to a 1980s revival with bands such as The Selecter and Bad Manners (who had a hit with their own re-gendered version, My Girl Lollipop). 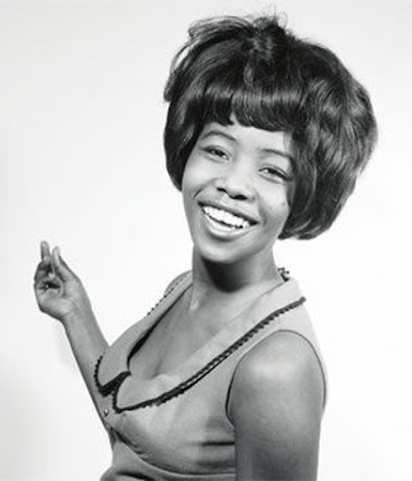 Much less well-known is Millie’s 1970 cover version of Mayfair, written by Nick Drake but itself quite obscure, not appearing on any of the three albums released in his short lifetime. Although Drake’s typically fragile English melancholy is replaced by upbeat ska rhythms and calypso brass, the song retains its mystery and sense of detachment. In their very different ways, in Mayfair both artists were strangers in a strange land.

Mayfair was released as a single to moderate success, but it was its remarkable B-side, Enoch Power, which still resonates today. Here, Millie is an immigrant living in Birmingham, where her brothers “work all week, to keep the British country running” and dance to reggae music at the weekend. Originally titled Enough Power, the chorus was changed in response to the Midland MP’s infamous “Rivers of Blood” speech, but this is a positive song about unity and harmony, not division:

“One day there'll come a time

When all men will be brothers

They'll talk as well as dance

And live and love with each other”

Banned by the BBC, Millie performed the song at Wembley Stadium in 1970 as part of the landmark Caribbean Music Festival ― her performance is documented in Horace Ove’s film Reggae, where it appears alongside footage of Powell's speech.

Her second and final album was released in 1970, following which Millie withdrew from both the music world and public life, leaving a brief but important legacy to the influence of Jamaican music.