Labour Member of Parliament for Lewisham West and Penge

The last few months have been the most difficult since being elected to Parliament three years ago ― the pandemic has been extremely challenging and not surprisingly I have been dealing with an unprecedented amount of casework from constituents.

I am heartened though by how the community has pulled together. Through volunteering, fundraising and many individual acts of charity, residents in Forest Hill and across the constituency have been exemplary, and I want to thank everyone for the work they have done. 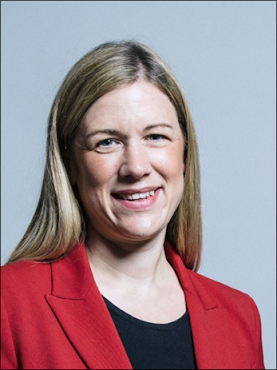 I do not underestimate the challenges that people have faced, but I know that by working together we have been able to get through the lockdown. As restrictions are eased it will be by continuing to work together that we will be able to recover from this crisis.

Although my Forest Hill office is closed and my team have been working from home in line with Government guidance, I have continued to work with the local community. I have visited the Lewisham food bank in Forest Hill, which has been getting out £10,000 worth of food each week to Lewisham residents. I sent a video message of support to Holy Trinity on their celebration of Trinity Sunday, thanking them for their work over these past months.

I have written to schools, supermarkets and care homes asking them what I can do to support them. And I have also made representations to Transport for London to carry out urgent upgrade work to the pedestrian crossings in the centre of Forest Hill, as it is almost impossible to socially distance when crossing the road there.

As we now start to see the easing of lockdown restrictions, it is important to get things right. If we are going to reopen our society and economy safely and successfully, we also need to have confidence in the Government’s advice and handling of the pandemic.

To date, guidance and communication has been confusing and many decisions have come with an unnecessary delay. In my view, the Government was too slow to implement the lockdown, too slow on testing and getting PPE to frontline workers and too slow in getting a task force of education stakeholders together to build consensus on the wider reopening of schools.

As we move to a new normal, we need to have total confidence in the Government. That means we need absolute assurances that test, track and trace is working properly, that all children will have support over the summer and can return to school in September, and that parents will be able to get back to work safely.

In the middle of lockdown, in April I was extremely proud to be appointed to the Labour Front Bench as Shadow Solicitor General. In this role, I work with the Shadow Attorney General to scrutinise the Government Law Officer’s oversight of prosecuting bodies and the legal advice they give the Government, as well as ensuring they fulfil their duty to uphold the rule of law.

For my despatch box debut at Attorney General Questions in April, I was able to participate virtually, under the Hybrid Parliament. I have been campaigning for a long time for Parliament to reform and modernise, and so I welcomed remote participation and voting.

Despite the new system working, the Government disappointingly scrapped it after just a few weeks and required all MPs to be present in Parliament, leading to a mile-long queue to vote.

In my role as Shadow Solicitor General, I obtained urgent legal advice on shutting down the virtual Parliament which found that if MPs were ‘employees’, then the Government’s decision would likely amount to discrimination on grounds of disability, age, sex and/or pregnancy under the Equality Act.

Nevertheless, the government was reluctant to back down but have since introduced limited measures for proxy voting and virtual participation. As a result, my questions from the despatch box have been both virtual and in person. I’ve been able to cover a range of issues ¬— from Dominic Cummings’ apparent breach of lockdown rules, to ensuring that domestic abuse cases are prosecuted swiftly and effectively.

As always, I can be contacted on ellie.reeves.mp@parliament.uk.