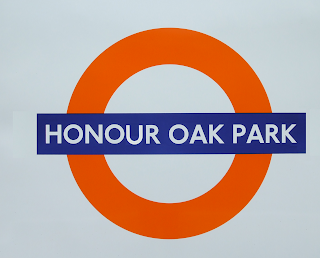 Over the last few years one of the primary objectives of the Forest Hill Society has been to improve spelling and grammar in the local community. So we are delighted to announce that TfL has agreed that Honor Oak Park station will be renamed Honour Oak Park from 1st April 2018. We are now calling on Lewisham Council to act in the same way and rename Honor Oak Road and Honor Oak Park in line with the correct British spelling.

Initially there were some locals who expressed reservations at the addition of the U to Honour Oak, pointing out that this was an accepted spelling in the time that the first Queen Elizabeth is said to have visited the site. However, when concerns were raised in the Neighbourhood forum it was agreed that nobody wanted to attend a Neighborhood Forum, so the Us had it!

Parents at Fairlawn school have been quick to praise the move as they are fed up of trying to explain to their children why they are expected to spell correctly, when all the road signs are wrong.

And although most residents in Honour Oak and Forest Hill welcome this decision, over in Dullitch Village people are said to be mildly irritated.

The next stage in our campaign for better spelling will focus on London Road. Energie Gym might just about pass, but Ferfect Chicken is beyond the bucket.

If you have any comments on this proposal you should contact april.loofs@tfl.gov.uk or view our detailed plans for improving the railway at http://www.foresthillsociety.com/2016/04/croydon-canal-to-be-reinstated-after.html

This article was published on 1st April 2017. We hope you enjoyed it. Sadly we found out that no name change is planned. However the Forest Hill Society will keep fighting for U ��

Is this for real? Don't re-write history please.

It was an April Fools joke. We hope you enjoyed it.