Make Mine a Palace Pint, Please! 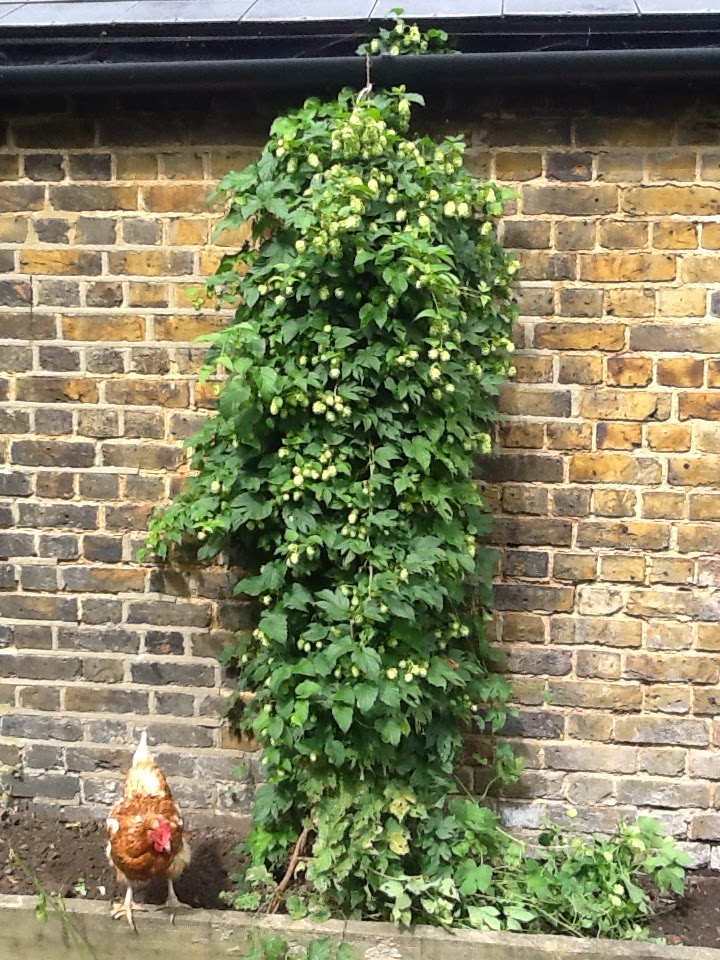 Visiting the Crystal Palace Food Market last year I spotted a stall selling hop plants and, having always wanted to grow hops, I tried to buy some. But, unbeknown to me, the hops were part of a local community project called The Palace Pint; I wouldn’t be growing hops as a decorative part of my garden but growing hops to be made into real beer!


The Palace Pint project was set up in January 2013 by the Crystal Palace Transition Town group to encourage people to grow hops in their gardens to produce a tasty local beer. It was simple to participate in the project: I bought my own hop plant from the CPTT,  planted it and, at a specified time in late September 2014, harvested the hops; and then everyone’s hops were collected together to be brewed into truly local beer! 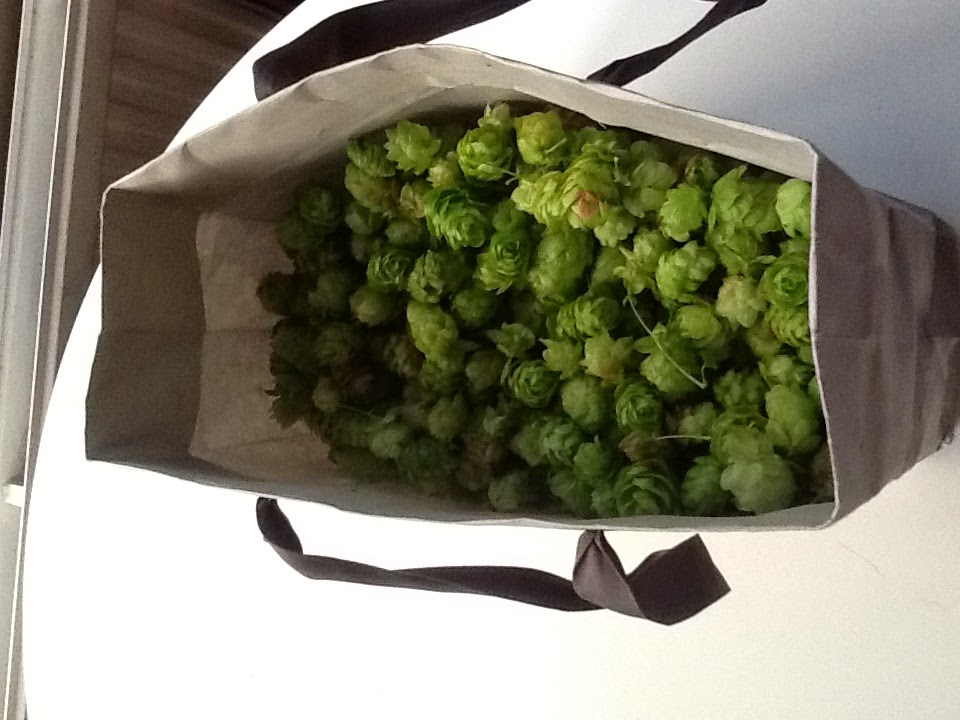 The hop plant was a dwarf variety (Prima Donna), which grows to 7-8 ft and is therefore suitable for most gardens and patios. Growing tips and advice were available from a Palace Pint Facebook page. In the autumn, Penge-based micro-brewery Late Knights turned about 10 kg of home-grown hops into Palace Pint beer, which apparently had an alcohol content of 4.5%. The brewery also donated a generous amount of beer, once it was brewed, to us growers for a ‘bit of a do’.

Growing hops as a novice was easy this year due to the great summer that we had. Luckily for me, I had planted my plant in a warm sheltered sunny spot as I unexpectedly ended up with a first harvest of ripe hops that completely filled my carrier bag!  Since the plant is a rhizome, I am hoping that I will see green shoots reappear next year and, once again, be able to harvest hops.

The Palace Pint is a great scheme to be involved in because:
• It gets people who might not otherwise consider wielding a trowel interested in gardening.
• The hops are easy to grow, look attractive, and smell wonderful once ripe.
• It’s a chance to meet other like-minded beer lovers (or even plant enthusiasts).
• It’s part of an exciting and growing grassroots movement which, from its Brixton origins in 2012, has already spread as far as Wales.
• We get to drink our own unique beer and have a great knees-up at the end of the season!

We spotted our Palace Pint for sale in pubs in Crystal Palace (Westow House, Grape and Grain), Brockley (Jam Circus), Forest Hill (All in One) and Balham (Balham Bowls Club), as well as at Late Knights’ own bars! I tried to sample our pint in the All in One but it had already sold out. Now that’s the sign of a good local pint!

For more info on the The Palace Pint: http://on.fb.me/1wIfrxD