Agata Zielinska-Hryn has transformed a neglected retail space on 15 Dartmouth Road into a colourful social enterprise supporting the creative community in Forest Hill and surrounding areas. Doopo Doopo sells a range of pieces (many locally themed) created by local artists and designers, whilst also offering workshops, events and film screenings to help people of all ages develop their skills and kindle a love for art and creativity. 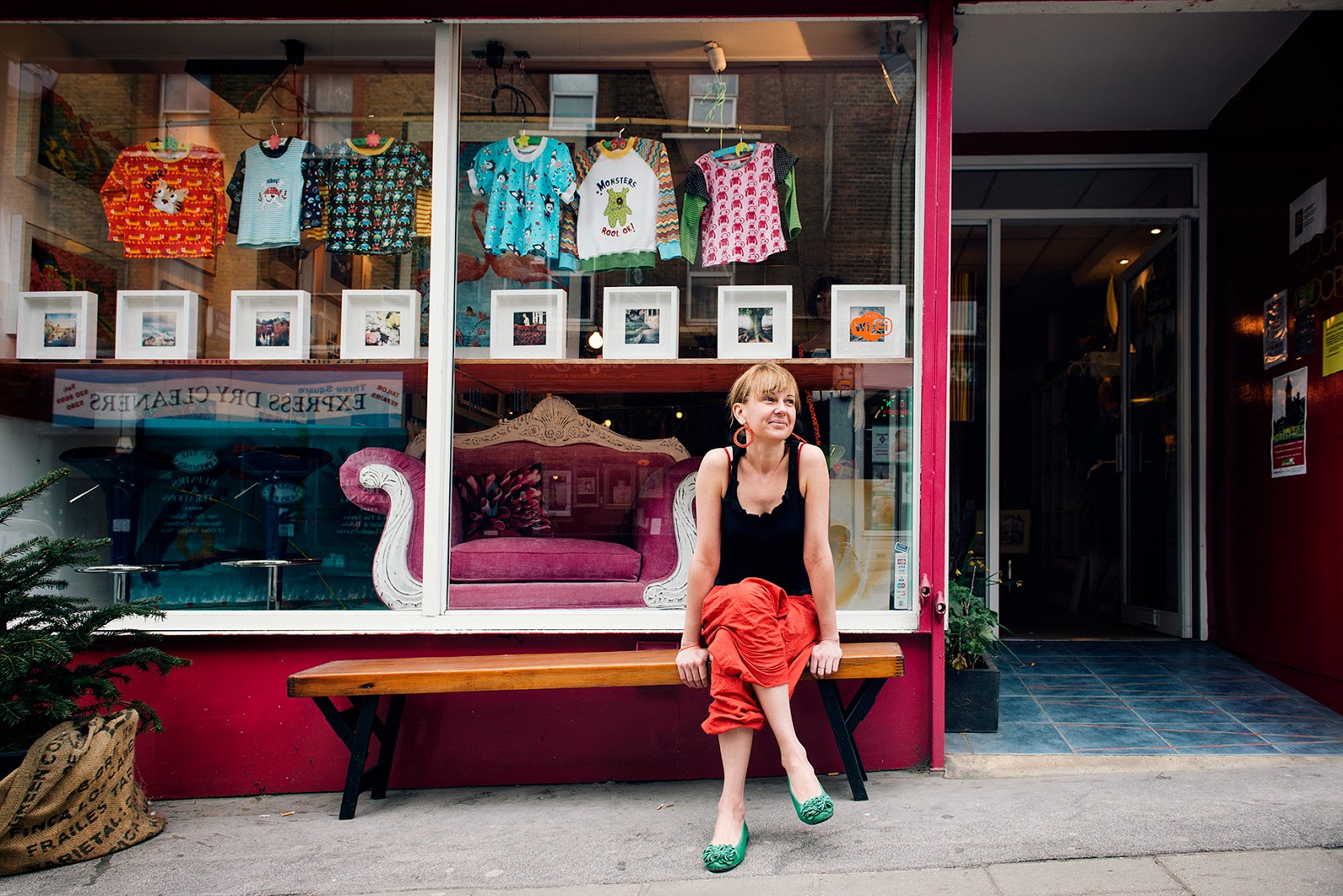 “It's been said that there are over 600 artists in this area (Forest Hill, Honor Oak, Sydenham, Dulwich) so it's impossible to keep up,” says Agata. “I wanted to give people the opportunity first to display and sell their works, and also for residents of Forest Hill and beyond just to see what beautiful people and art we have in our area. I opened in April 2012, and in May we had the Dulwich Arts Festival and I remember one tiring but amazing weekend when I was dragging my girls behind me and we went through a hundred studios in two days - seeing all the artists, having quick conversations, introducing myself and my idea - asking whether they would be interested in displaying their works ... and that's how it all started really.”

With other venues like Canvas & Cream, The Montage, Stag & Bow and soon-to-open V22 at Louise House, there are plenty of opportunities to get creative in Forest Hill. Agata’s philosophy is that there’s room for everyone, and that they all benefit from this increasingly visible creative scene: “I’m happy just selling local artists and to be in the local community. We all know each other here [as traders]. It's so beautiful that you can walk the streets here and you're constantly saying hi to everyone.”

For Doopo Doopo, one important principle is what Agata likes to call “lowbrow” art: “My idea was to create an opportunity for people who may be a bit shy [to show their work]; or for older artists who never succeeded anywhere and became very introverted. So it's not just about having very well known artists and designers here - it's about helping people understand that art is subjective and if they think that they can create and if they feel good creating things, then maybe someone else will like it. Every single piece can have its own fans.”

These days Agata doesn’t need to head out and recruit people, because there’s a constant stream of locals who visit the shop eager to show their work. But selling art and design is only one part of what happens here. There are regular workshops for people interested in oil painting, guitar lessons, printing and jewellery making along with kids’ art classes. Also coming soon are courses in decoupage, lino printing, screen printing, t-shirt printing and up-cycling.

A large downstairs area is being refurbished and will be ready soon, offering studios for rent along with a space for events, theatre, exhibitions and cinema. Amongst the new tenants will be some local musicians and a tattoo studio. In the meantime Doopo Doopo is already active on the Forest Hill film scene through the Vortex Cinema Club which organises regular screenings and other film-related events. Keep an eye out for the Forest Hill Film Festival which kicks off on 14th July.

As a social enterprise, Doopo Doopo trades with an eye on supporting the local community, with clear guidelines stating that profits must be re-invested to further this social purpose. Social enterprises are not automatically entitled to financial assistance (such as business rates relief) from local councils, although this is something Agata and others are working to change. In the meantime the continued active support from the Forest Hill community is vital to ensure its survival, as indeed is true of all our local businesses.

In Doopo Doopo’s case, there’s an opportunity to own a piece of Forest Hill through buying locally-themed and locally-made art, and also to tap into the vibrant, creative community of artists, designers, musicians and filmmakers which together contribute to making Forest Hill an exciting place to live.