Lighting Up in SE23 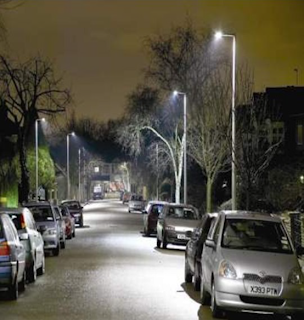 Under a Private Finance Initiative, Croydon and Lewisham councils have appointed Skanska to improve street lighting across both boroughs including the underpass in Forest Hill. The councils won £151 million of government funding.

The project includes an initial five year core investment period where the main replacement of lighting stock, traffic signs and street bollards will be undertaken by Skanska, with an ongoing maintenance and repair programme until 2036. During this period, 20 subways will be relit, 38,000 new lighting columns (lamp posts) installed and over 7,000 illuminated traffic signs and bollards will be replaced on a ward by ward basis. Perry Vale is the first ward to be upgraded locally, with work expected to start in February. Forest Hill, Sydenham and Crofton Park wards follow in the second year of the contract.

The replacement programme takes many factors into account when considering whether to replace or upgrade the existing lighting including age, condition and compatibility of existing equipment. In many circumstances the roads undergo a complete re-design and positions of the columns may be changed as it's not always possible to integrate the existing columns in the new design layout.

Also, the new design sets light the footpaths in addition to the highway, which means that the majority of the lighting columns will be positioned at the back of the footpath where possible. Lighting on side roads will be converted to Iridium white light sources, rather than the current yellow, sodium lamps.

One of the major factors in the replacement programme is to reduce energy consumption, and a typical saving of 30-40% per road can be achieved by utilising the latest technology. It is also possible to detect faults quicker due allowing the street lighting to be maintained much more efficiently.