The transport committee remains active on many fronts. We continue to be a thorn in the side of the authorities on both the Forest Hill Station underpass and the rail bridge. The promised repairs to the underpass were well below the expected standard and we have now enlisted Cllr John Pashoud in our dealings with the council, and in turn, Network Rail. The repainting of the railway bridge also failed to meet expectations, and we are putting pressure on for this to be completed.

Honor Oak Park Station
Again, ongoing work has fallen well short of our expectations, in particular the embankment and the work on the platforms, which remain tatty. We'll ask Network Rail about landscaping plans for the embankment – if not, then we will be applying pressure to get this important wildlife reserve reinstated.

Lifts are still due at Honor Oak Park Station, probably in 2013 however, the lifts are of limited value if a step ladder is still required for the less agile to get onto and off trains! The step onto trains on platform one must be one of the largest on the network. We will shortly be down with our measuring stick, but it feels like a foot (24 cm). This presents a real challenge for anyone with luggage or a buggy let alone those with less mobility. Not really a good enough answer in the 21st Century.

As we go to press we are considering responses on a number of issues raised with LOROL – later running of trains, fare avoidance, longer platforms, five car trains and the staffing of the new Surrey Canal Road station.

We'll report in the next edition but meanwhile please do share your views with us.
transport@foresthillsociety.com 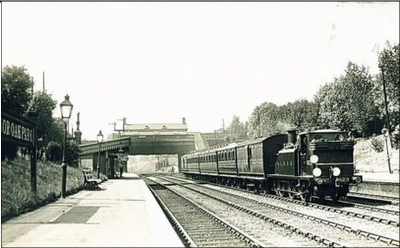 Thanks for this excellent update - most of which is positive! One point worth looking into is the fact that you can't buy a through single ticket on the Overground with an interchange to the Underground eg at Canada Water. My partner tried to buy a through ticket from Honor Oak Park to Green Park and you simply can't do it, unless you buy a Travelcard or pay with an Oystercard. Or get out at Canada Water, buy an underground ticket and go back in to the station. Extraordinary!